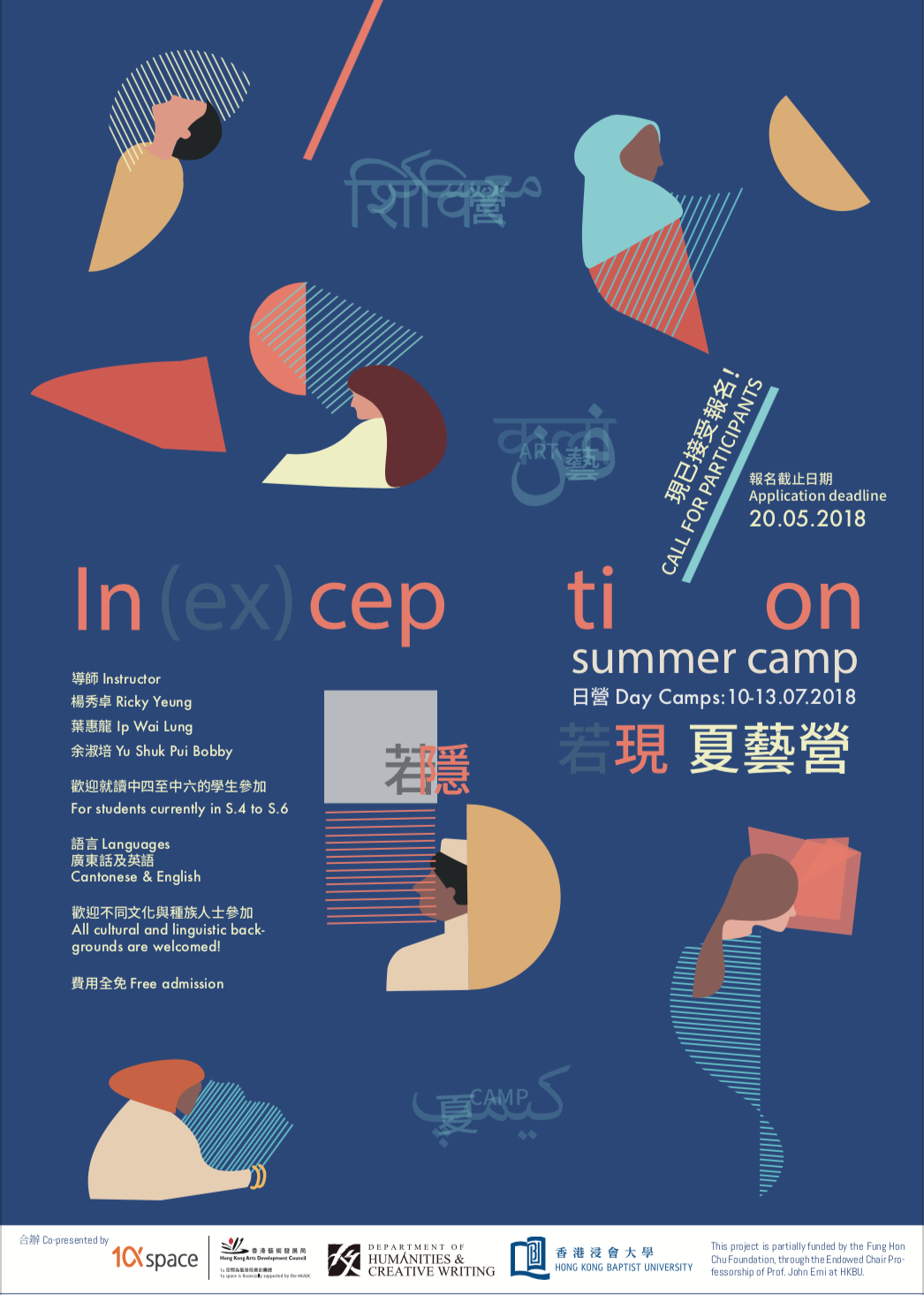 In(ex)ception is a project jointly initiated by HKBU and 1a space and generously funded by the Fung Hon Chu Foundation, which connects young students from different cultural and linguistic backgrounds with the community. Through a series of guided creative practices led by three local veteran artists, namely Ricky Yeung, Bobby Yu Shum-pui and Ip Wai-lung, the young participants explored a world of different ethnicities and ages and had a better appreciation of the beauty of cultural diversity and their neighbourhood.

During four days of intensive workshops, a dozen Hong Kong-born local Chinese and ethnic minority students, along with half a dozen senior citizens living near an art space in Ngau Tau Kok, joined hands, amidst much laughter, to use creative visual arts to connect with their family memories, migration, neighbourhood changes, and even everyday discrimination. Their collaborative creations were later showcased at an exhibition.

The video presents the results of this cross-cultural and cross-generational creation.