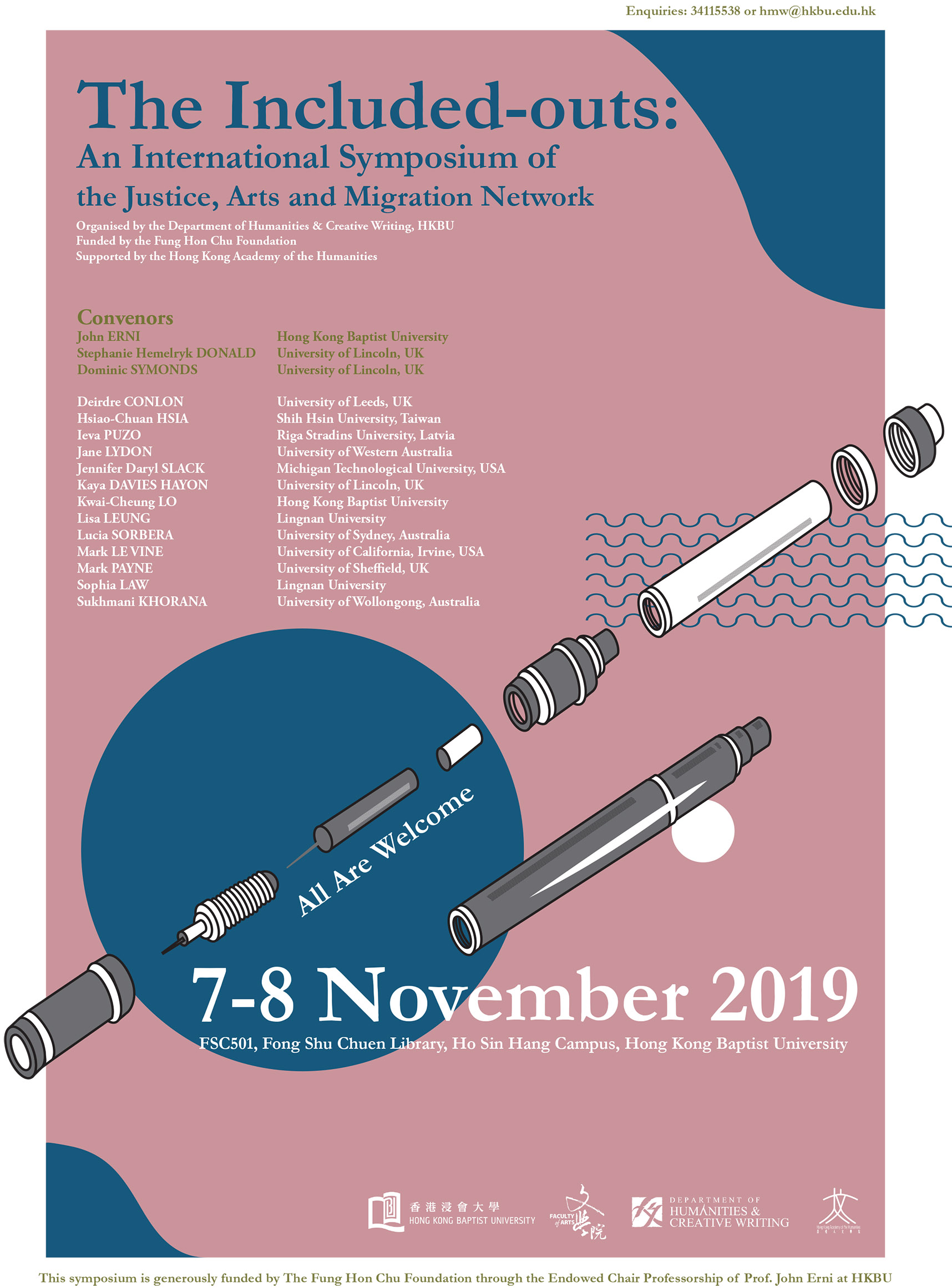 On 7-9 November 2019, the JAM symposium brought overseas and local speakers from diverse institutions together to discuss conditions of migration through photographic exhibition, installation, documentation, musical theatre, the architectures of walls, etc. The symposium covered a variety of topics including the marriage migration in Taiwan, a migrant community project in South West Sydney, the Algerian and Vietnamese refugees, the exiled political activists, artists and intellectuals from the Middle East and North Africa, minority talent and aesthetics in Hong Kong and Taiwan, documenting ecological changes across Tibet, as well as immigration detention in the UK.

The Symposium was generously funded by the Fung Hon Chu Foundation, through the Endowed Chair Professorship of Prof. John Erni at HKBU.

JAM is a network of thinkers, cultural researchers, and arts practitioners, formed initially through the collaboration between the University of Lincoln and Hong Kong Baptist University.  The network hopes to develop itself into an international consortium through which to explore the following:

The network will establish both a geographic spread of case studies and synoptic analyses but also seek to work collectively on engaging the overall concept of cultural infrastructure in the zones and movements of the included-outs.